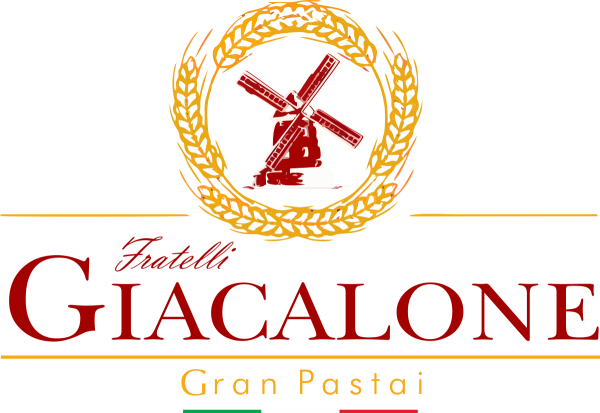 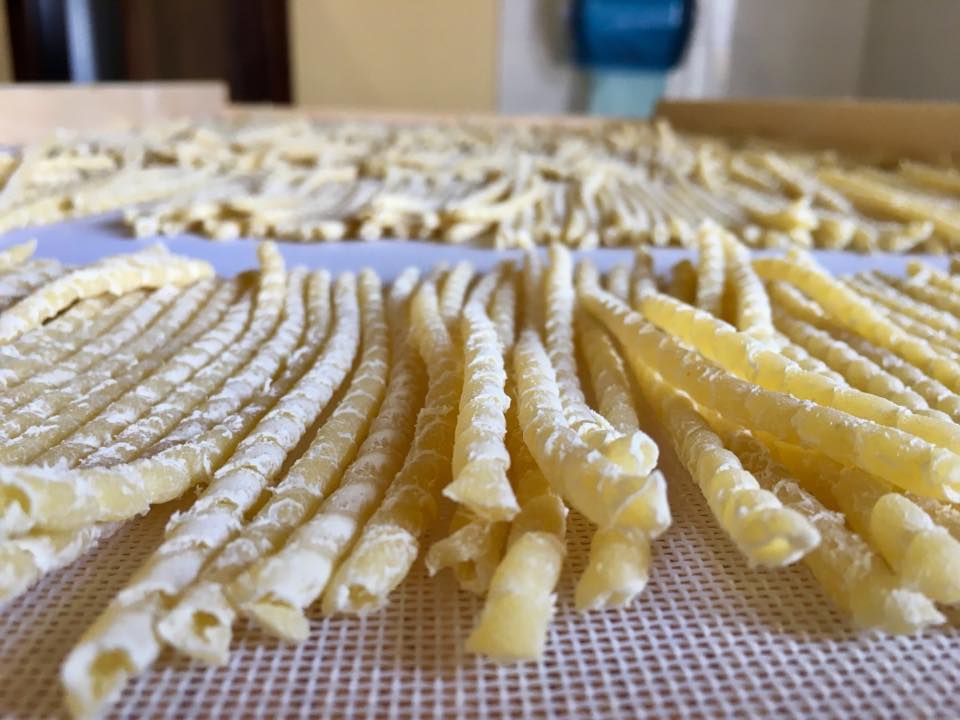 THE HISTORY OF OUR COMPANY 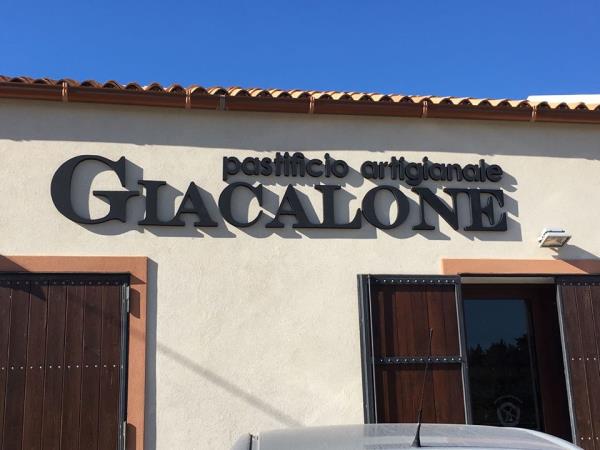 The Gran Pastai artisan pasta factory of the Giacalone Brothers is a young company from the Marsala area of the province of Trapani, and specialises in the artisan production of fresh and dried pasta from the local tradition.

In 2016, from the passion of the
brothers Giovanni and Giovan Vito Giacalone the artisan pasta factory in Marsala was born, which makes use of the long family tradition, the art of typical Sicilian pasta which was handed down from the Giacalone grandparents to the younger generations.

The opening of the Gran Pastai Pasta Factory is the consecration of the competence and passion of three generations, fulfils the dream of producing and selling one of the typical Sicilian products par excellence, in particular from the land of Trapani.

This is the Busiata of Sicilian durum wheat semolina, a typical product of the territory, excellent and genuine, which combines taste and digestibility.

Homemade pasta with the taste of the Sicilian tradition 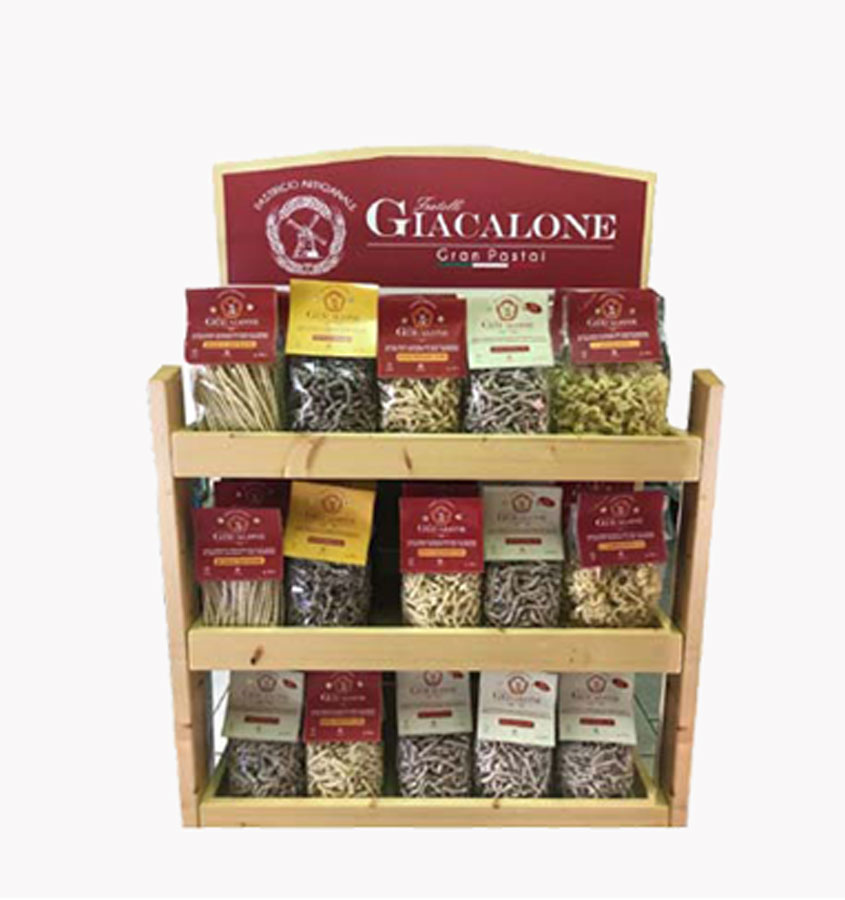 The Marsalese artisan Pasta Factory produces and sells artisanal pasta to small-scale and large-scale retail trade, for Italy and abroad.

The following pasta formats are produced:

for shipping minimum quantity and costs. 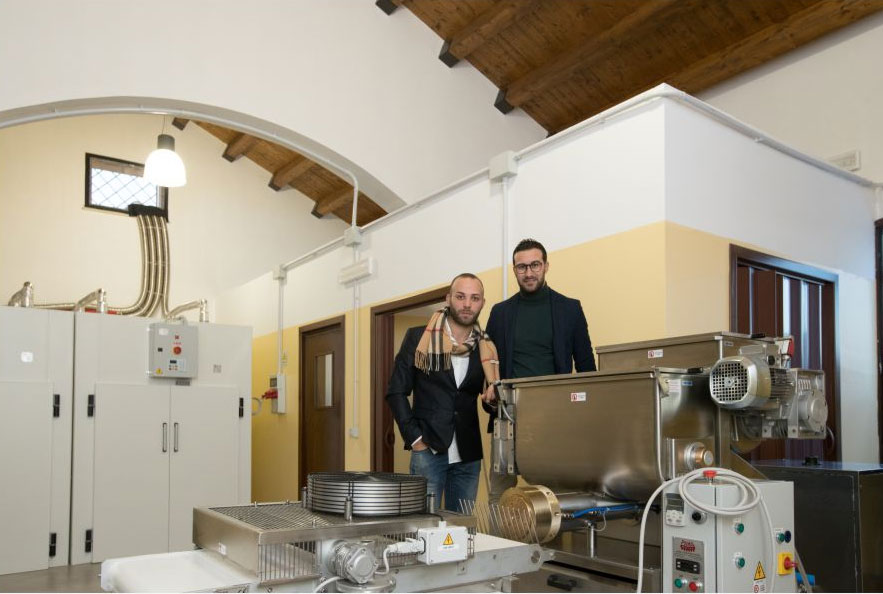 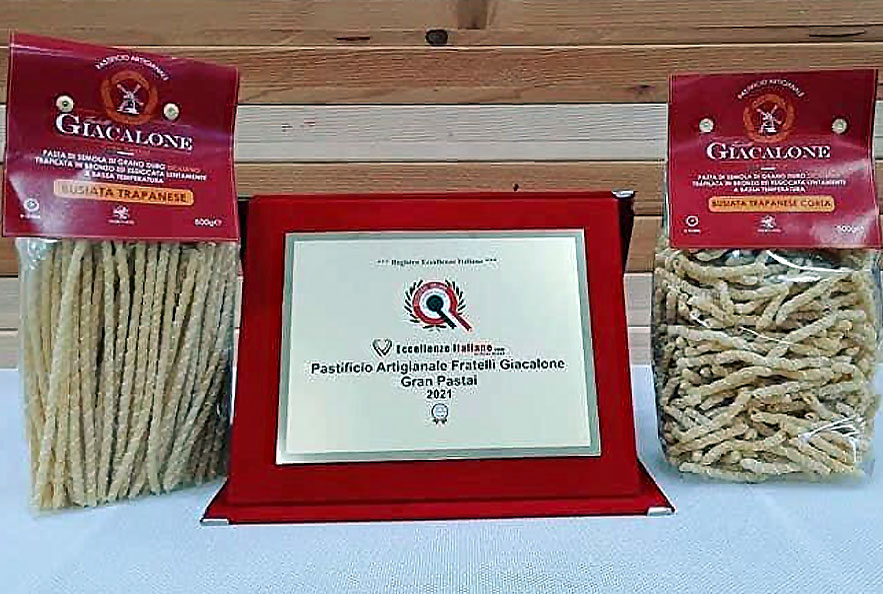 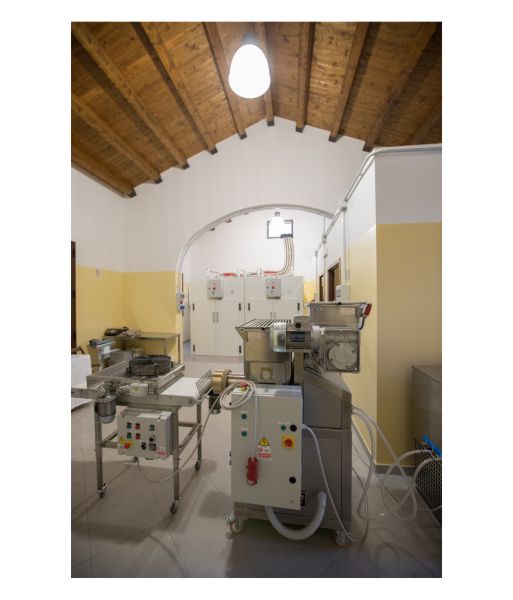 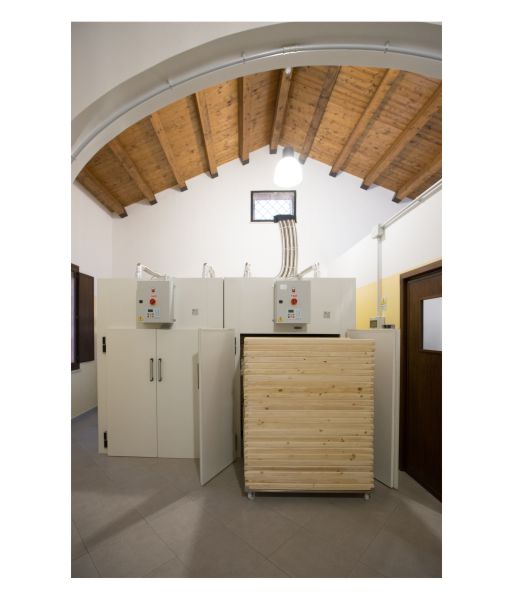 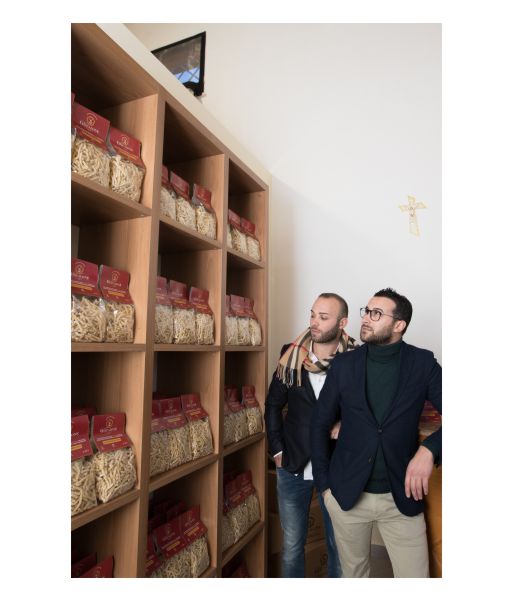 The Trapanese Busiata is a type of pasta which is typical of the Trapani area, a pasta made from durum wheat semolina.

In this shape, this type of pasta has an Arab influence, in fact it has a harmonious shape made of thin tubes twisted on themselves, to get a kind of macaroni.

The real secret of the Giacalone Brothers pasta lies in the basic raw material, which is the Sicilian durum wheat semolina which is drawn in bronze and dried slowly

(20/30 hours of drying) at low temperature (at 35/43 degrees Celsius): this is how the Trapanese Busiata is created.

The Trapanese Busiata is a type of long macaroni, a type of pasta which takes its name from the term busa, the Sicilian word for the stem of the plant ampelodesmos mauritanicus,

a grass which grows in the region; this stem is used in ancient times to prepare this pasta,

to give it the typical helical shape.

The Busiata is therefore traditionally produced by wrapping a strand of pasta diagonally around a twig of ampelodesmos mauritanicus.

The pasta produced is, as usual, preferably served with Trapanese pesto (which is another typical excellence of the territory): a sauce made with almonds, tomatoes, garlic and basil.

THE TYPES OF FORMAT PRODUCED

The pasta is produced from all types of Sicilian durum wheat semolina (and other ancient grains, such as Tumminia, Russelo, Perciasacchi) and water, bronze drawn and slowly dried at a low temperature, packed in 500 g formats.

ORIGIN OF THE TERM BUSIATA

There are two theories on the origin of the term Busiata. The first is connected to the term buso, which indicates a particular knitting needle which, precisely in the Trapani area, was used to work fabrics such as cotton and wool.

The second theory is attributed to the busa, understood as the stem of the ampelodesmos mauritanicus - that is the disa, a grassy plant which is typical of the Mediterranean scrub which the farmers of the area used to wrap and tie bundles of ears. The latter hypothesis is the most accredited one.a.

The preparation of the Busiate is carried out by wrapping the dough around the buso, an iron used to give the pasta its characteristic twisted, spiral shape. The Busiate are then bronze-drawn and then dried at low temperatures.

Thanks to the typical helical shape, which makes them perfect for retaining an important seasoning, the Busiate are suited to be seasoned with fish sauces, pizzutello tomato sauce and especially with Trapanese pesto, a Sicilian revisitation of Ligurian pesto.

The Busiata of Tumminia is an artisanal pasta produced with durum wheat from Timilia, also called grano marzuolo (it was formerly called Tûmìnia Nigra). Tumminia is a cultivation of marzuolo wheat, widely used as early as Greek times.

This durum wheat variety was widespread in Sicily before the Second World War, present on the island since time immemorial. This grain has contributed to the survival of entire populations of these lands thanks to its particular resistance. Timilia is still cultivated in the hinterland of Sicily, in the valleys of the Southern Imera river (Salso river).

The flours obtained from this grain, with little water, allow the production of dark-coloured hard pasta which offers great taste and digestibility. The Fratelli Giacalone Pasta Factory produces the Tumminia Busiate short pasta shape with Tumminia. 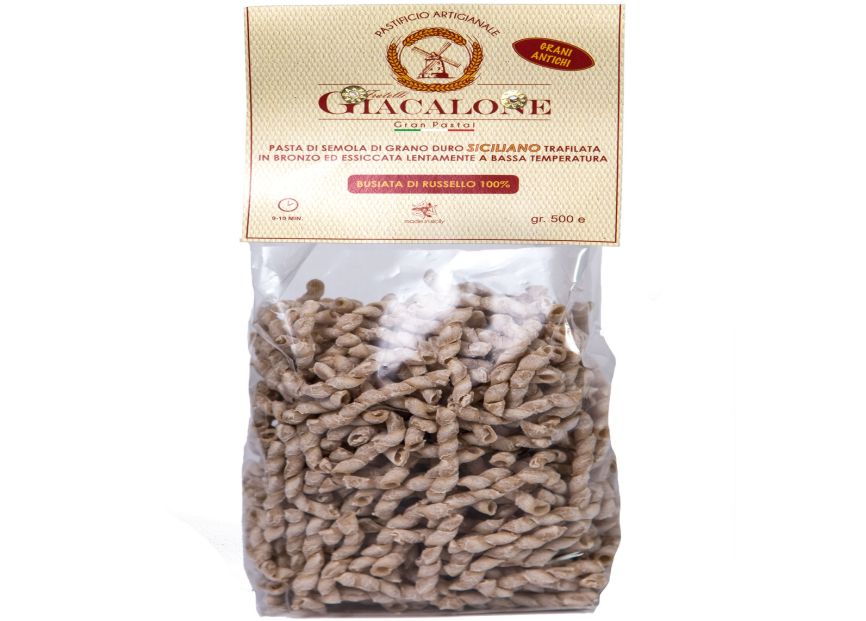 The Russello wheat (also known as Rossello or Russieddru or Ruscio wheat, from the reddish colour of the ear) is one of the varieties of ancient Sicilian durum wheat (there are more than 50 types of native grains).

It is cultivated in the hinterland, and in particular in the areas of Agrigento, Palermo, Caltanissetta, Trapani and Ragusa. It is a medium-sown and late-ripening wheat, very common in Sicily, especially before the Second World War.

The ear of Russello wheat tends to red, with the stem growing very high. The flours obtained from this grain, with the addition of a little water, make it possible to obtain a hard paste with a high digestibility.

The plant of this durum wheat cultivar has strong roots, which also adapt to shallow soils, and has a reduced production. The Marsalese Gran Pastai artisanal pasta factory produces pasta of the Russello Busiate Short format with Russello. 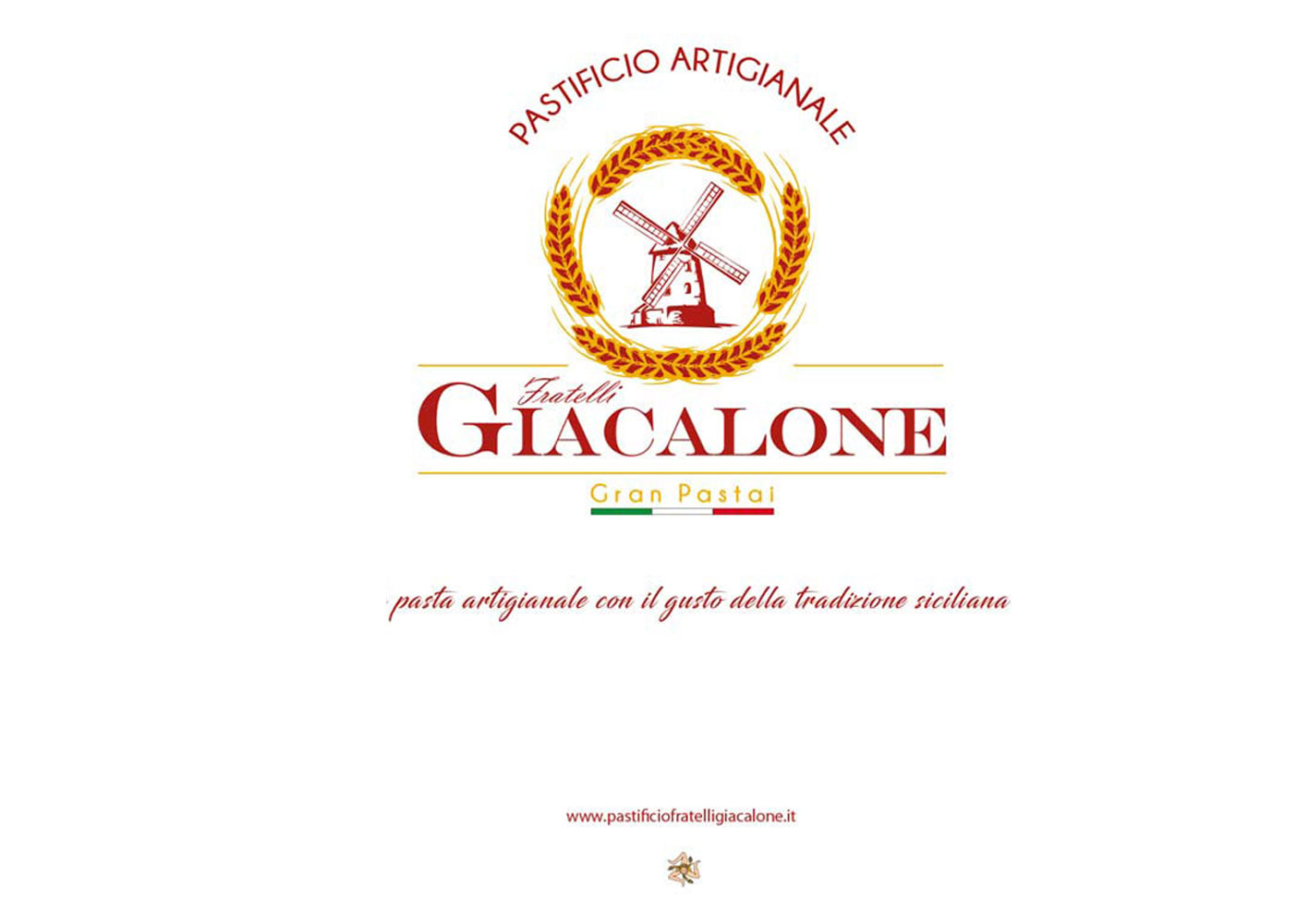